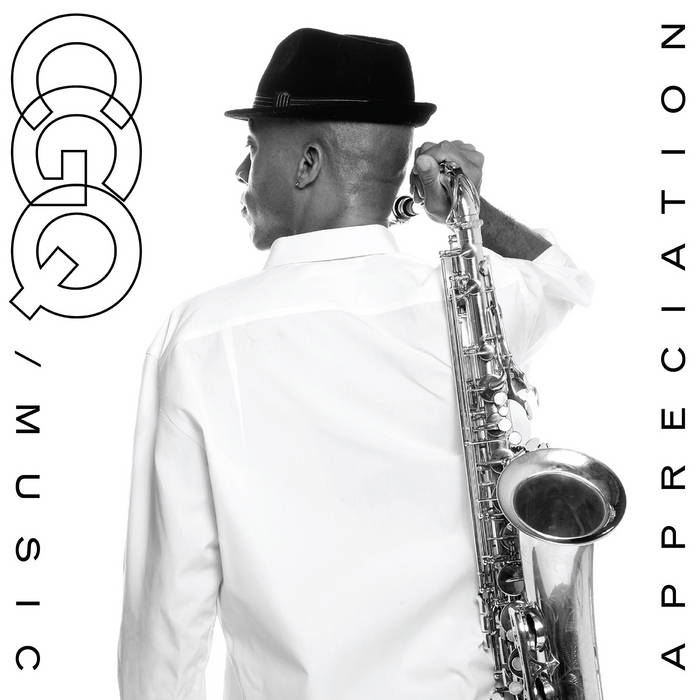 Matt Erion A very varied set by a group of players on the rise. Something for everyone on this. "A stew of different genres". What Jazz is when it is at it's best. Favorite track: Deluge.

James Orbit Simon I love this album because I know these artists and what they have done to reach this level of mastery, the love of all music, the countless hours on the bandstand and the ability to move and make the listener feel emotions and grow musically. Favorite track: The Missing Part.

Chris Greene knows all about Chicago’s musical legacy. Jazz critics have praised the “Chicago sound” that gave rise to a host of classic saxophonists. Some emerged from Capt. Walter Dyett’s classes at DuSable High School: Johnny Griffin, Von Freeman and Gene Ammons. Power, speed and flexibility defined their tone. Some, like John Gilmore (and, again, Freeman) combined their warmth with playing challenging intervals. Greene can discuss them all in detail and, more importantly, has adapted some of their techniques. He then jokes, “If I’m not part of a neo-Chicago sound, I hope I’ll be responsible for the Evanston sound.”

It’s an offhand comment that Greene makes in a café in his hometown, which is just over the Howard Street border from Chicago. His words actually say a lot about why his quartet embraces a wealth of different sources on this new two-disc set. When Greene was growing up, his city contained an ideal foundation for an inquisitive young jazz student. Then, and now, it has racial and economic diversity. Being a university town, education is valued, and that is reflected in the scholarly-sounding title: Music Appreciation. Evanston even has its own jazz history. The brilliant pianist Junior Mance grew up here in the 1940s; trailblazing saxophonist Fred Anderson and his protégé, drummer Hamid Drake, called it home 30 years later. Unlike suburbs further north, success was not always measured by financial gain, and so kids were frequently encouraged to take a few chances. Greene still breathes it all in.

“Growing up in Evanston,” Greene recalled. “I came up hanging out with different kinds of people. My parents had Motown, soul and funk albums, but you hang around certain people, they’ve got Led Zeppelin or U2 on. My first professional experience in high school was playing a rock band, called Truth. They were into Sting and I was eager to be their Branford [Marsalis]. Everybody’s going to be into something different. Being a musician, you spent so much time analyzing and picking apart stuff that you forget that people buy music because they enjoy it. They couldn’t care less how many Sonny Rollins or Lester Young solos I’ve transcribed or that we’re playing Martin Denny’s ‘Firecracker’ in 15/8. At end of the day, it’s, ‘How’s the music?’ A lot of that is attributed to growing up here.”

That sense comes across on this two-disc set, which picks up from A Group Effort. That disc showed what Greene, pianist Damian Espinosa, bassist Marc Piane and drummer Steve Corley offer in a live setting. The set list on Music Appreciation is a more sprawling mix of his group’s compelling originals, standards and should-be standards. Ultimately, Greene said the goal was to make the song lengths more radio-friendly, and one can hope that there are still stations that are hip enough to respond. Sometimes the personalized mash-ups reflect the saxophonist’s hometown in other ways: such as adding a dub reggae beat to John Coltrane’s “Equinox.” It’s not a total coincidence that Evanston and the nearby Chicago neighborhood of Rogers Park have considerable Caribbean populations.

Greene’s compositions include personal risks, even while they seem upbeat. His “Institutional Samba” is written in B-major, a shift from his usual technique of writing Latin tunes in a minor key. Likewise, he wrote the lovely ballad “Molar Melancholia” (inspired by his and his infant son’s shared misery during teething) for tenor, but switched to soprano to take himself out of his own comfort zone. His toddler son’s exuberant behavior at a department store sparked the melody to “The Moose Is Loose,” which adds 2 extra bars to the A section of what is usually a 32-bar song form.

“‘Lester Leaps In’ was kind of my blueprint,” Greene said. “It’s similar to that melody, but I was trying to put my own spin on it. That and a pinch of Ornette [Coleman]. Damian isn’t playing the chords on the A section, and we’re all playing a unison melody. Steve will answer with a 3-bar drum fill and we’ll play it again. It’s my attempt to write a ‘blowing’ tune with some quirks in it.”

Espinosa also penned the opening rocker, “The Missing Part.” Greene wanted an aggressive piece to lead off the album, even if the pianist usually composes the melodic tunes for this quartet. For Espinosa’s “Solution,” Greene said the group enjoys altering its post-hard bop essence adding, “we have fun every time we play it.”

Since Piane is, as Greene says, “Frank Zappa’s biggest fan,” his contributions are also unconventional. Greene said “Clean And Clear” is, “almost a cha-cha, but Piane also told Steve he specifically wanted ‘a baby-making feel.’” It’s a 14-bar piece and while counting the bars waiting for a more common 16 threw them off at first, they performed it enough times to make it sound organic. While Piane plays “Divers” as a swing tune in his own group (Walk East), here, the composer opted for more of a drum ‘n’ bass feel. The format also allows Greene to stretch in a different way, mentioning Dewey Redman and Pharaoh Sanders as examples.

“We’re not really known for going ‘out there’,” Greene said. “But I enjoy the kind of musical anarchy that can happen in that style.”

While Greene’s take on two standards are not so anarchistic, his group doesn’t let jazz history restrain them. The quartet started playing Charles Mingus’ “Nostalgia In Times Square” about four years ago. Eventually, Greene said to Piane, “‘Think of the slowest, slinkiest, nastiest, dirtiest, sleaziest tempo you can pick.’” He adds, “Structurally speaking, this song is a blues, but our version reminds me of early 40s R&B.” They also plowed through Wayne Shorter’s “Deluge” with an assertive pace that highlights Greene’s bold tone.

Greene looked locally and internationally for the other interpretations on Music Appreciation. Chicago-based keyboardist/vocalist William Kurk (who introduced the band on A Group Effort) wrote “Day Of Honor.” Kurk has his own take on 1970s-era fusion and various pop culture ephemera, such as Japanese video games—and Greene says he’s able to connect them all. They swing through this 7/8 piece with Espinosa on piano instead of Kurk’s preferred Rhodes. Greene said he was also looking for interesting tunes that make his band’s songbook stand out, so they include Brazilian Ed Motta’s “Papuera.” This one is also in an uncommon time signature (5/8), though it’s appeal is that Greene says Motta sounds, “like if Teddy Pendergrass, Chick Corea and Jobim had a baby, raised him in Brazil and made him listen to Steely Dan.” They also took the Yellow Magic Orchestra’s version of “Firecracker” and eliminated half a beat. Greene’s first encounter with the song was part of a nationally shared experience: as a youth he watched the Japanese band perform it on Soul Train in the late 1970s. If an idea comes from watching t.v. in an Evanston living room, that’s no less valid than hearing something on a late-night jam session.

“We’re jazz musicians, we’re going to use the history and be honest as well,” Greene said. “But we didn’t grow up in 1945 or 1970. As a kid, I watched hours and hours of MTV watching various pop artists while waiting for Prince’s next video to come on, so that’s going to come out in my playing. These are things that I enjoy that I still continue to learn from. And with these tools, I’m going to hopefully make a statement.” —Aaron Cohen